Saying good-byes Monday morning was tough as always with our friends, but we were excited to see the place that we had been hearing amazing things about for so long, Big Sur.  Due to the recent landslides, only a small portion of the park was accessible and we would need to detour to Nacimiento Road to access it.  Undeterred, we resolved to see what we could see.  We stopped at a couple beaches just south of the park including the elephant seal beach near San Simeon.  Watching the huge animals playing in the water and cantankerously relaxing on the shore was a spectacle worth beholding and we regretted not being able to see the big males in the fall.  Crosby became very concerned about white sharks eating the baby seals and insisted that the moms and dads would keep the babies safe… neither Molly nor I had the heart to tell him that this was generally not the case. We backtracked a few miles to our detour, then pushed on to Nacimiento Road, the only access point into the heart of the park.  The drive was long, but got more and more beautiful as we climbed the mountains which come straight out of the Pacific.  Stopping at the firehouse to get a fire permit, we got some great campsite recommendations from the firefighters and located what we thought was roomy site off of Coast Ridge Trail dirt road.  The clouds had moved in so we set up camp in the mist and took in the forest. 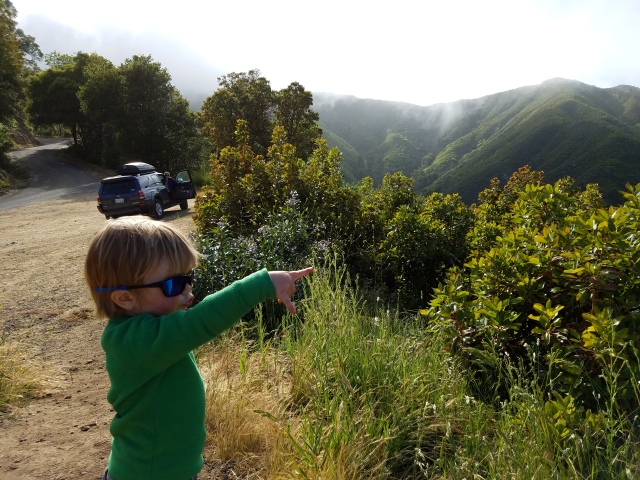 We awoke Tuesday morning looking down onto something very large and very blue.  Our good campsite was actually a great campsite with a cloudless morning view of the Pacific.  Breakfast and coffee were savored as we enjoyed our surroundings.  After languishing about camp for a while, it was time to explore!  Finishing our drive to the Pacific Coast Highway, we stumbled upon Kirk Creek National Forest Campground.  At $35 a night and offering virtually no services (not even drinking water), the price was steep but the view was great so we booked a night.

Molly and I had noticed a few secluded beaches from the road and decided that it would be worth a hike and scramble if we could have a beach to ourselves and not hear any road noise.  We found a suitable spot near Big Sur Stone House, packed up, and trekked down to a picture-perfect beach.  As with the Grand Canyon, Crosby gave zero fucks about the spectacular beach, and instead, busied himself damming up a small rivulet of water, creating a lake, and getting absolutely filthy.  While he was engrossed with this task, Molly and I took advantage of some quiet time enjoying the ocean and Big Sur.

On Wednesday, it was time to depart Big Sur for another bucket list destination, Monterey and the Monterey Bay Aquarium.  The normally very short and beautiful drive was extended due to the PCH closures but arriving at the Hyatt Carmel Highlands made us instantly forget all our cares.  The grounds were immaculate and perfectly laid out overlooking magnificent cypress trees, cliffs, and of course, the Pacific.  The decision was almost instantly made to extend our stay by at least one night.

Feeling refreshed the next morning, we got an early start and hit the Monterey Bay Aquarium.  Being Shedd Aquarium regulars back home, I was expecting something similar, but was blown away by the difference between the two institutions.  Massive aquariums filled with natural sunlight and kelp made for an otherworldly experience and the usage of an old cannery added a nice touch of history and architecture to the space.  I immediately bribed Cros with a stuffed “octopros” (his pronunciation) to be on his best behavior so Molly and I could take our time poking through the exhibits. 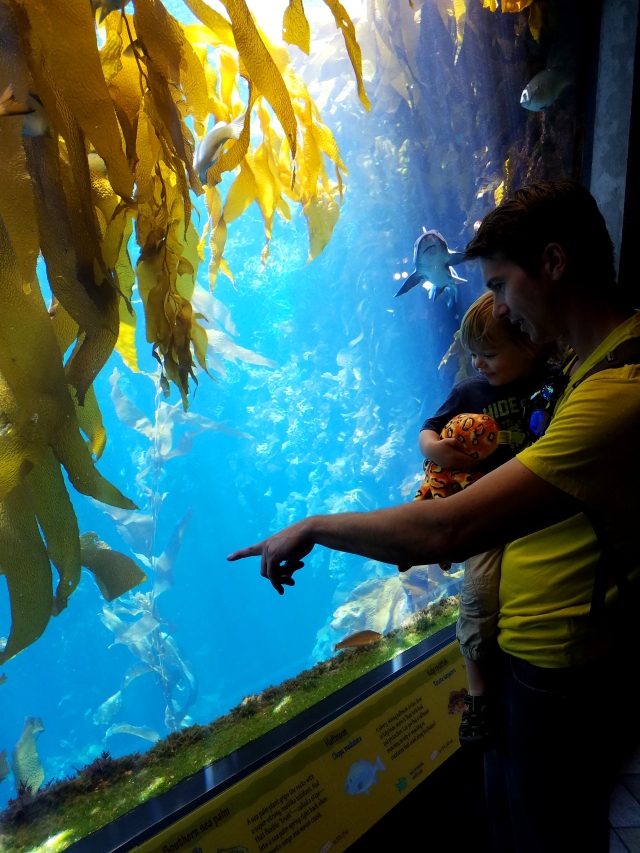 Returning to the Hyatt after a full day of nerding out at the aquarium, we enjoyed one last sunset from the hot tub feeling a bit melancholy.  The hotel was booked solid the following night and we knew the next day we would be heading east and beginning the return leg of our trip. 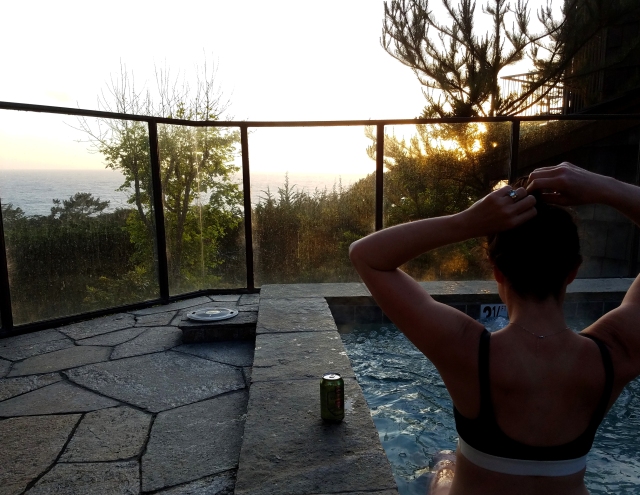 We made the most of our last day in Monterey Bay by hiking Point Lobos State Natural Reserve, exploring downtown Carmel by the Sea, and eating an exquisite lunch at Flaherty’s Fish House.  Our knowledgeable server recommended the Cioppino which I never would have ordered on my own, but turned out to be exceptional.  Following lunch, we headed up the bay to Fort Ord Dunes State Park.  The ocean was not swimmable due to strong rip currents, but it was fun to play in the dunes and see a quieter part of the bay.  We had booked a room at the Residence Inn in Salinas so we took our time and played away the afternoon at the beach not knowing when we would see the ocean again.